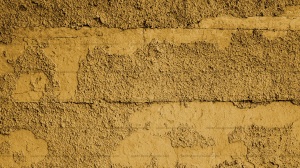 To live through the eyes of the bystanders there, that witnessed the majesty of our Lord Jesus Christ.

It was a windy night, and my friends and I, being shepherds were on extra alert. We didn’t want our sheep spooked and decide to run away. The dark made them almost impossible to find.

I huddled in my blanket, starving. We didn’t make much money from the market place. What I did have on hand, I had decided to wait till morning to eat.

My brother and I began a light conversation about the skies. How luminous the moon looked, though distant, it seemed to cast its shimmering light in the fields. It’s like it’s attention was just on us. Shepherds in a dirty, windblown field.

As my eyes grew heavy, I decided to lie by the fire and get some sleep.

Suddenly, my brother gasped! As I turned my head to face him, there stood a man. Though not a man.  It was, I believed, an angel! He was as beautiful as the sky, and shone brighter than the sun.

Terror raised in my dry throat. I might have screamed. I was petrified!

“Don’t be afraid! The man said. I bring you good news that will bring great joy to all people.

The Savior, yes the Messiah, the Lord, has been born today in Bethlehem, the city of David! You will recognize him by this sign: You will find a baby wrapped snugly in strips of cloth, lying in a manger.”

Before I could breathe again, there appeared an army of others and they began praising God and saying,

“Glory to God in highest Heaven, and peace on earth to those whom God is pleased.”

As quickly as they came, just as swiftly, they left us.

I stood in complete astonishment!

My heart raced, but after that scene, I believed! I grabbed the other shepherds and yelled, “We must go to Bethlehem! Let’s see this thing that has happened, which the Lord told us about!”

We ran as fast as we could! Leaving our sheep and belongings at camp!

We found the village. There stood a couple. Tired and worn. Their names were Joseph and Mary.

Then I saw Him;  a baby sleeping in a manger. A feeding trough for the animals. My heart was heavy and light at the same time. I was speechless!

We began to explain to Mary and Joseph all we had seen in the fields. The light, the angel, the armies of the Lord singing in the night. They stared at us, as if they already knew. I believed that they did.

We went back to our fields, to our flocks. We couldn’t help but praise God, glorify God on our way, for all we had seen and heard! Word had gotten out and all the surrounding people were astounded!

It was true. The angel was real, the Messiah was real. I couldn’t wait to see what would happen next.